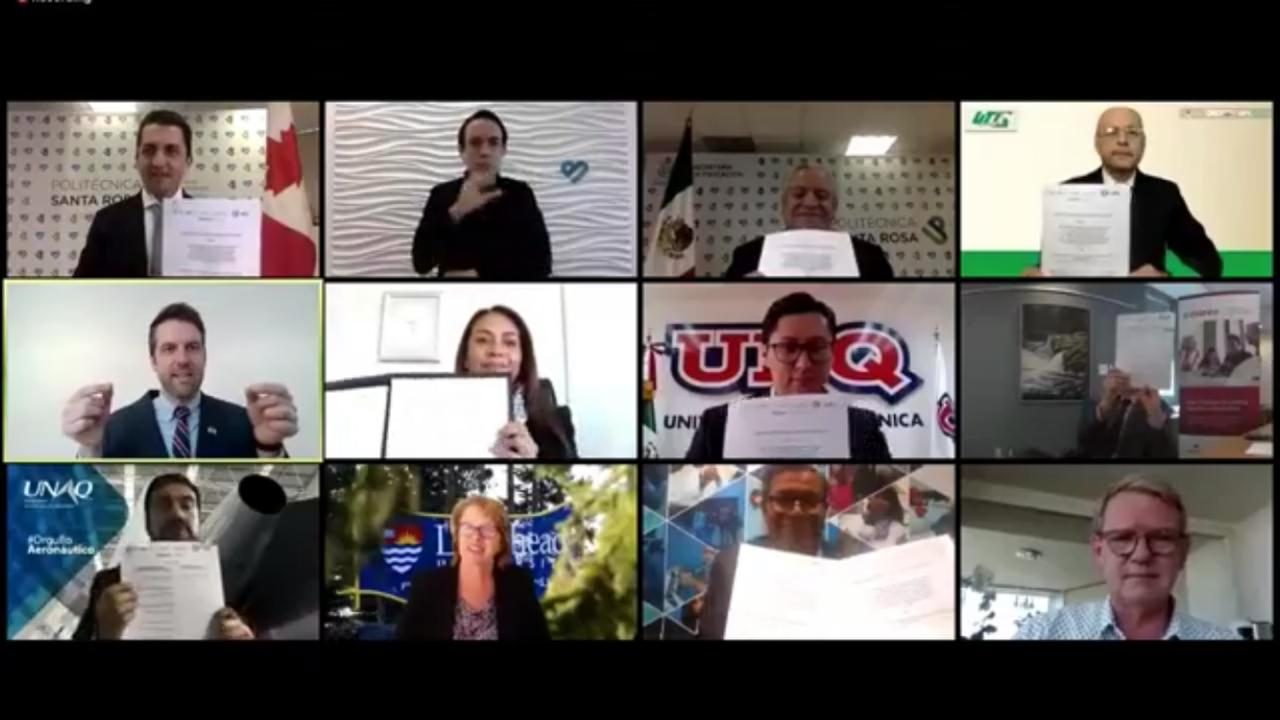 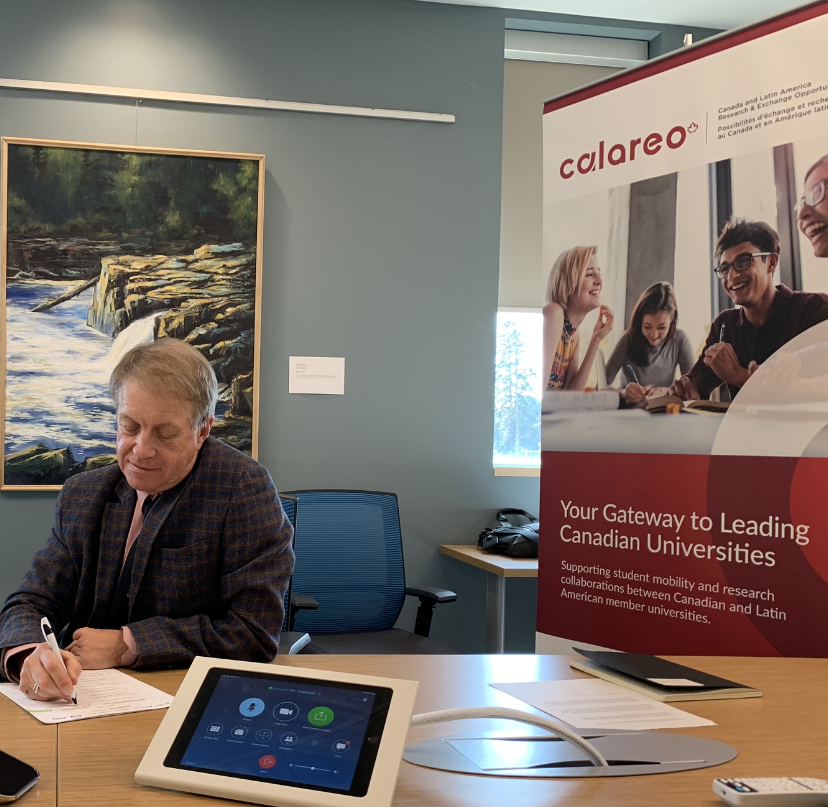 On Wednesday, October 7, 2020, The CALAREO Consortium, represented by Dr. Moira McPherson and Dr. Andrew Dean, signed an MOU for cooperation with 6 technical and polytechnic universities in the Mexican state of Querétaro.   The virtual signing event, hosted by the Embassy of Canada in Mexico City, was attended by the Canadian Ambassador Graeme C. Clark, the Minister of Education from the State of Querétaro, José Alfredo Botello Montes, and representatives from the Queretaro universities.

The signing of the MOU was the preliminary event to a series of B2B meetings the following day (October 8) between the Canadian members of CALAREO and the universities in Querétaro.  The State of Querétaro, adjacent to the State of Mexico in the centre of the country, has a strong economy, including investment from Canadian companies (e.g. Bombardier), thanks in part to the recent development of the higher education sector to meet industry demand for skilled workers.  The partnership has strategic value for both sides for student exchange and and internships, and research partnerships, particularly in engineering and applied research.